Some say ignorance is bliss, at least that’s what Tinley tries to tell herself when she sees the fresh meat on display at Anaconda. When she steps on the party bus, she has no idea it will be leading her to an exclusive resort with escorts that cater to a rich woman’s every need.

At first, she is afraid to give in, but when Adam enters the scene she can’t seem to get enough of him. His hard body, sweet silky voice, his eyes…if she could actually see them. All the men at Anaconda wear masks to protect their identities while keeping them mysteriously sexy at the same time.

All the same, she can’t help but wonder what would happen if she just tore the mask off. Would she be pleased with what she saw, or would the person beneath the mask lead her down a whole other rabbit hole altogether?

If you had three wishes, what would you wish for?

Reed McMahon has anything a man could wish for in any lifetime. All he has to do is rub the magic lamp, and the djinn who lived inside would happily satisfy his needs. When he sets his eyes on Faye Porter, Reed decides to use his second wish to make her fall for him. His djinn, Mira, fulfills his wish, but all the while hatches a plan to keep him away from the object of his affection.

Faye Porter wants nothing to do with her family, so when Mama begs for her help bailing out her sister, Faye almost refuses. Her guilt in leaving her younger sister behind made it difficult to refuse. From the time Faye had left home, she had been on the run from the disgusting man her mother had tried to pair her up with when she was still a minor. No matter where she went, that creep always seemed to find her. A private detective by trade, Charlie was the stalker of the worst sort, making Faye change her identity so often she almost forgot who she was.

Would the jealousy of a spiteful djinn keep both of them from finding their happily ever after?

Do you believe in taking chances? Maybe you should. 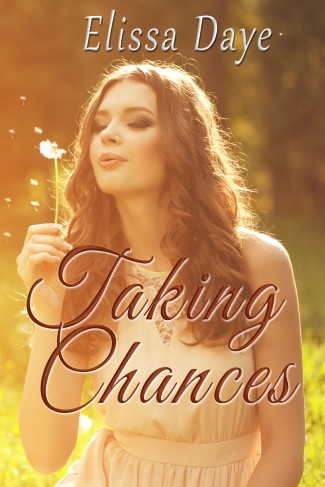 Always the bridesmaid and almost never the bride. Gia had stopped looking for love a long time ago when her fiancé jilted her at the altar. When she finds herself face to face with her cheating ex, she tries to cover her nerves in the strong arms of Evan Tate, who seems more than willing to distract her with every inch of his sex appeal.

When the wedding is over, Gia wants nothing more than to put the weekend behind her, but Evan has other plans. He makes it more than clear that Gia wasn’t just a one-night stand to him. Evan wants so much more.

Can Gia learn to leave her past behind and take a chance on love? With plenty of obstacles in the way, would the two be able to beat the odds?

Do you believe in the power of Destiny?

A cursed lineage. A secret magic. A destiny that neither one of them could have predicted.

When Elkliss Keep is rampaged by her sinister Uncle Simeon, Lysandra lost everything she had ever known or loved within a heartbeat. Destiny catapults her into a life she could never have foreseen; a life filled with an unquenchable desire for a man, whose aloof people harbor a secret almost as dangerous as her own.

When Aiden first sets eyes on Lysandra, the beast inside will not be fulfilled until he possesses her. He soon he realizes that Lysandra could be the one true mate that would make his cursed life easier to live. 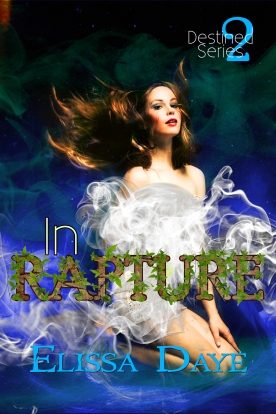 Two hearts frozen in time, fighting against insurmountable odds. Both were determined to survive their haunted pasts.

When Malinda has no choice, but to leave her childhood home, she finds herself matched with the one man who holds the power to break her resolve to never let love cross her path. Destiny sends her down a path that unlocks the mysteries of Lena. While Grant wants nothing more than to continue his unhindered revenge against the werewolves of the Lair, guilt consumes him. He could no longer ignore his duties. His daughter needed a mother. 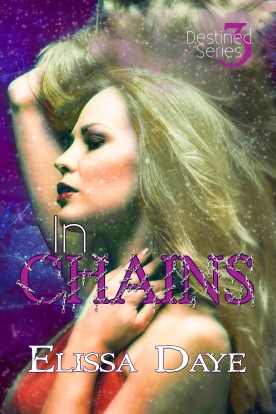 Destiny calls them. Duty binds them.

Her heart yearned for a purpose that would shake the boredom away from her mundane life at Bridgerton. After her father returns home married to Lady Caterina, it only gets worse by the moment. A mysterious amulet makes her suspicious of her stepmother’s intent, so much so that she finds herself spending her days spying on her. If Brieanna had known that following her new stepmother to her secret rendezvous would lead to a deadly werewolf bite, perhaps she would have thought twice about dealing with the deadly viper. When she unexpectedly survives, destiny continues to lead her down the winding road to a life covered in powerful secrets that are hers alone to bear.

Lord Kent wanted nothing more than to bring an end to the madness that surrounded him. After losing his family to maniacal attacks from the Lair, he would go to any lengths to bring them down, even if it meant joining forces with the Lair to uncover their deadly secrets. When he was tasked by Lord Kensington to marry Lady Brieanna, Lord Kent had his reservations, but he could not deny his command. As a double agent working for Madigan’s Army, he had to protect his cover at all costs. 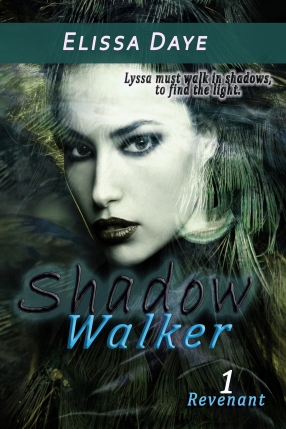 Where darkness falls, the Shadows will rise.

When her life was spiraling out of control, Lyssa found herself surrounded by shadows that fed off her emotions. She watched them devour nearly all of her happiness before she finally had enough of their darkness. The young witch decided it was time to fight back.

After attacking a Shadow on her college campus, Lyssa and her closest friend, Jackson, are transported away by a mysterious man who is a guardian of the Watch Tower, a magical corporation that protects the world from evil. The Guardians of Sector 4 are convinced that she is the Shadow Walker, a witch who can help them figure out how to vanquish the shadows.

As she tries to navigate her new life at the Watch Tower, she finds herself attracted to Hunter, a handsome Guardian of Sector 4 who has made his intentions toward her quite clear. Like a moth drawn to his tantalizing flame. Lyssa can’t get enough of him. When Hunter is pulled deep undercover, Lyssa has no choice but to let him go as she continues to hurl down the path cast before her.

Can Lyssa find a way to walk among the shadows before she loses Hunter completely?

My world was tainted from the demons of my past. The future would be littered with blood.

Banished: My time here on this world was embittered from the start. As a carrier, I had very little choice in the matter. The demon inside had been planted long before I even had a voice. From the very minute my first breath entered my body, she was coiled inside like a venomous snake. The Brotherhood wanted to control me, to keep their demon Gladius inside a host that they could groom from birth, but as soon as my mother caught on, she ripped me away from their evil clutches and kept me hidden from their reach. Under her tutelage, I had learned how to keep the monster at bay.

In the darkest night, my life had spiraled to a meaningless end as my time as a mortal subsided, for I had fallen under a spell woven by the vampire Demetrius. After draining me to the brink, he tossed me aside and left me to die with the first morning light. My propensity for survival he had not calculated.

Now, I was left with a single purpose, destroy the man who had obliterated the calm control I had kept over my life, over the monster that slithered beneath. 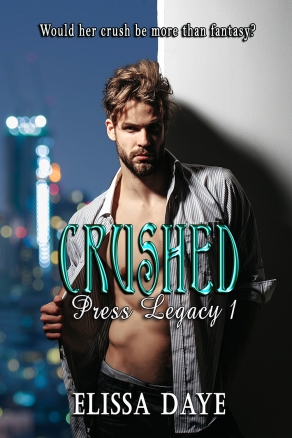 Mending a broken heart is never easy. That was something Keira Johnson knew better than most people. After ending a long term relationship with a self-absorbed masochist, Keira throws herself into her work as full time editor for Legacy, a publishing company representing the paranormal world.

To top that off, it was time for the annual alumni mixer which Keira has made it a point to skip each year, but her boss, Paranormal Romance author, Claudia Woods decides she would like Keira to attend with a hearty donation on her behalf. While Keira has a good working relationship with her boss, denying her requests isn’t something she is in the habit of doing.

So Keira travels to her alma mater, with the ghosts of her past to keep her company as she relives the life she thought she had left behind. Keira never imagined that Daniel might be there. The very sight of his face brings up memories that she had thought were long buried.

Would her school girl crush turn into more than a fantasy?

She found his dark brown eyes and took in his wicked smile. “You must be the Big Bad Wolf.”

“At your service, Little Red.”

Twenty-eight year old actress Rowan Montgomery has the role of a lifetime: the public image of World-Renowned Paranormal Author, Publisher, and closet Vampire–Claudia Woods. Since Claudia can’t venture out during the daylight hours, Rowan’s spunk, good looks and knowledge of the vampire’s books makes her the perfect candidate to promote Claudia’s work to the world while keeping her undead status a secret.

Rowan’s imagination could never have conjured her current reality; Vampires, werewolves, gargoyles, eccentric butlers named Igor, and other fantastic creatures are around every corner. Like living in some kind of strange mystical dream, Rowan finds the new world she’s thrust into to be one of the most thrilling adventures possible. Attending author conventions, book signings, and author interviews, Rowan attempts to create the right public image for her boss while struggling to keep her desire for mysterious and antagonistic Ethan Wilder at bay. Every inch of his body is covered in sex appeal, and he knows it. Unbeknownst to Rowan, he is hiding a family secret that should send her running for the hills. Instead, she finds herself pulled in deeper.

Everything about Ethan makes her lose her mind. Rowan wants nothing more than to hold him at arm’s length, but his mere presence makes all sensible thoughts flee. If she lets him get too close, he could discover the secrets she must keep hidden from the world, especially if she wants to keep her job and all the perks that come along with it.

After a short time in the spotlight, strange things begin to happen to Rowan, starting with the appearance of wolves, that seem to be nothing more than a coincidence. Before long, threats come rolling in for the stand-in Author, and it becomes clear that not all is fair in love and war when it comes to the Book Industry. Rowan is caught in the crossfire with traitors, spies and snarling fangs around every corner.

How long will Rowan survive in Claudia’s world before she loses herself completely?

When would Claudia learn that some mistakes weren’t worth repeating? The very instant Ren walked back into her life he had already threatened to ruin the life she had created for herself. The paranormal author and owner of Legacy Press had everything to lose when it came to the handsome vampire who had changed her existence so long ago. Ren had always been able to wrap her around any one of his delectable fingers with the playboy swagger that had drawn every woman to him. Could she withstand his manipulating games this time without losing herself in the process?

One response to “Author Books”