Surprise Excerpt from The Kiss by Joann H. Buchanan

Excerpt from THE KISS 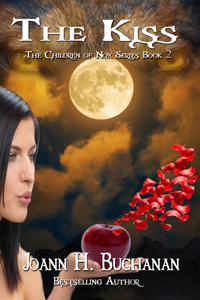 Twilight slashed the horizon like a blade, reaping the magnificent, radiant day. Darkness bled, seeping, sharing the true abyss hidden by the light. Time—past, present, and future—all converged at this moment. Twilight—not dark, not light, but shades of grey that exist in all. Twilight—the reaper of dusk and dawn. Blood and water, myth and legend—clichés full of stories that back the very nature of life. It was in this moment where Cleo found herself. This was her own twilight—the stripping of the past and embracing of the future. Whatever that held.

Pinned, thick hair, lined with smooth edges, moved like a single entity in the breeze, not allowing a single strand to waver out of place. Her skin, fragile and delicate like that of a china doll, rippled with goose bumps on her taut body. Heart pounding, palms sweating, and a small brain worm wriggled its way through her mind. What if I don’t want to be chosen?

Like a veritable prism of color, silent, reverent, stiff robed Elders stood eyes closed, at each of the four corners of the sand garden containing three boulders and two smaller ones centered within the perfect proportionally-raked lines. Palms flat against one another and their elbows straight, the Elders took on a statuesque sight.

A gong sounded. It echoed like the past, bouncing off the present surrounding hills. Just behind the Elders, the rest of the already chosen took their place. They were the Shakya Clan. The defenders of justice. Completing the scene was the rest of the villagers. Those not chosen, who were merely witnesses to the grandiose ceremony, lined the outer edges of the courtyard. The gong sounded again. A line of possible chosen moved in a steady rhythmic cadence. Step together, pause together, step together, pause together, they walked. Each member took their position between the already chosen Shakya and the Elders. Another gong and they disrobed, allowing the delicate clothes to drop to the ground.

You can follow Joann online in the following places:

Her giveaway is featured here: 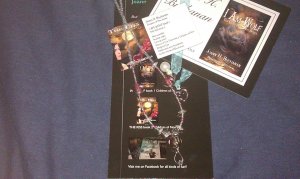