This past Friday I released my last book in the Destined Series. In Chains took almost two years to craft, because a lot of thought had to go into the story line. I wanted it to build and resolve. At the same point in time, don’t despair Destined Fans, you never know,  I could actually come back to it.

My first day with the release went very well. I’ve already gotten two 5 star reviews at Amazon. So thrilled by that. I can’t even begin to tell you how great it makes me feel that others like my work. In fact, some people are even putting in their reviews that I am one of their favorite writers. Dream come true! I don’t care how much money you make, if the fans don’t love you it’s meaningless.

So, I’m going to attach some teaser photos for you all and the video, which is AMAZING! 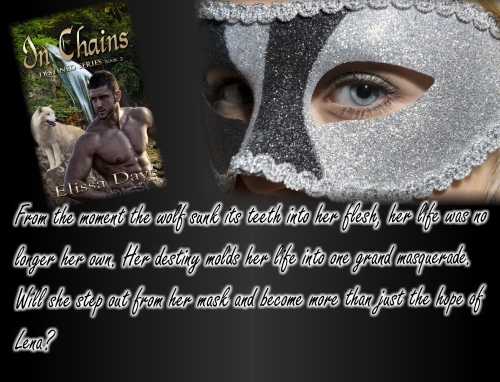